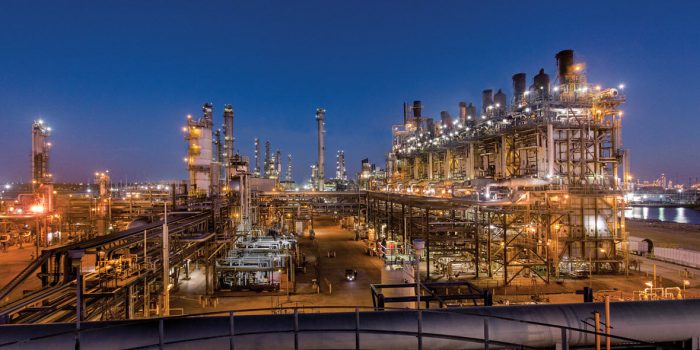 In the 1880’s, Patterson-Kelley began manufacturing commercial / industrial water heaters. Originally, tanks were unlined. They were fabricated out of 1” thick steel to allow for corrosion. They would rust, causing water to discolor and have a metallic taste. To reduce this problem a simple sand and cement type lining was troweled onto the tank shell. This did not offer a long term solution.

In order to produce a better product, an R&D project was initiated to formulate a material that would extend the service life of a potable water tank/heater. This led to the development of C-17 in the early 1940’s.

As water technology advanced, water additives were introduced to make the supply water either harder, softer, chlorinated, fluorinated etc.. Some of these conditions caused deterioration in C-17. Again, an R&D initiative was implemented that led to the development of G-8 in the late 1960’s. G-8 eliminates portland (limestone based) cement, and replaces it with a alumina (bauxite) based cement.

G-8 proved to be a dynamic improvement over all other products used to protect commercial water heaters. There were many requests for the product to repair and reline existing water heaters, Pre-Krete G-8 was sold to hospitals, schools, high rise buildings etc.

Most Distributor/Applicators were refractory contractors providing and installing materials such as heat resistant bricks, and mortars as well as castable and gunning materials such as Pre-Krete. A progressive Distributor/Applicators suggested that Pre-Krete G-8 would perform well in acidic environments. Testing was performed and it was determined that Pre-Krete G-8 would have numerous industrial applications. It was soon determined that Pre-Krete C-17 also had numerous industrial applications.

Test blocks and sample chips are available upon request. Call Bob Boileau at 610-400-1885 or contact us online for more information.